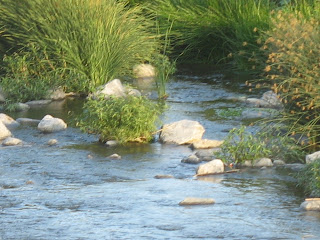 The largest gathering ever of river advocates convened in Portland Oregon on May 3rd for a 4-day conference. For the first time, River Network partners and Waterkeeper Alliance members jointly sponsored the 2012 National River Rally.

The first 2 days have been quite energizing, with more than 700 'river keepers' from throughout the globe learning, sharing, networking and relaxing at the very 'green' Doubletree Hotel, which even has compost bins!

Here are some of the highlights so far:

~Friday night's opening reception featured US EPA Head Lisa Jackson talking about the importance of clean water for all Americans and the agency's efforts to support green infrastructure.

~Saturday's morning's keynote showcased an energetic talk by Alexandra Cousteau, Jacques granddaughter, talking passionately about her film work to showcase the challenges to drinking water supply worldwide. Her presentation included the screening of her National Geographic Explorer film on the drying up of the Colorado River.

~WORKSHOP:  Alabama Power's leadership and mission change from consumption to efficiency showcased how the unlikely partners of utilities and river advocates can partner to save water and energy.

~The exhibitor hall, silent auction and 'recess' activities helped bring a welcome break from sitting and eating (good healthy food options from the hotel, though). I had an insightful chat with USGS on their new research linking hydraulic fracturing with seimicity and met a Rutgers graduate student who is currently mapping fracking/seismic correlations in Oklahoma and Ohio.

~Saturday's events ended with the Keynote Speech by Robert F. Kennedy, Jr, who spoke about his 40 year water warrior efforts to bring clean water to everyone. He emphasized that sound environmental restoration equals economic opportunity and jobs. A sweet video of 93 year old Pete Seeger emotionally told the story of why he, too, is a river keeper.

Two down and two more days to go! Look for my Part II Ramblings. In the meantime, I'm tweeting live @ArroyoLover.
Posted by ArroyoLover at 11:22 AM No comments: Links to this post

It's Time for the National River Rally!

One of this year's most exciting events happens this weekend and the ArroyoLover will be there!

It's the annual National River Rally, the premier gathering of river conservation individuals and organizations in our nation. Co-sponsored by the River Network and Waterkeepers, this year's Rally is in Portland, Oregon, the ideal location as both an urban planner's delight and crossroads of two amazing rivers: the Columbia and the Willamette.

Highlighting the more than 95 workshops and River Heroes banquet are keynote speakers Robert F. Kennedy, Jr and Alexandra Cousteau. We'll even get some paddling time on the river.

ArroyoLover's Urban Rivers Institute is a River Network Partner and this will be our First River Rally, so we are especially excited! The Rally is so popular that it completely sold out on April 2nd.

We will be blogging highlights and will be tweeting @arroyolover from the Pacific Northwest's most sustainable city, so follow our news here.
Posted by ArroyoLover at 8:26 AM No comments: Links to this post 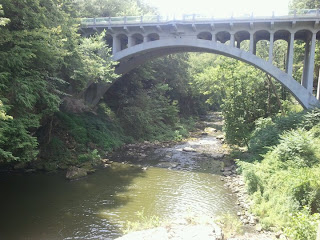 Yes, we know this blog has been silent for many months. Not for lack of the Arroyo Lover's desire to share her musings of all things river but rather because the Arroyo Lover has been hard at work on her new venture...and today we announce the launch of the Urban Rivers Institute, whose mission is Revitalizing Cities...One River At a Time.

For more than two years, the Arroyo Lover has searched for the unique way she can serve rivers and our urban environment. She's experimented with project ideas and she's consulted with her river mavens in her search for purpose-driven work that will help all of us better understand rivers historically, scientifically, dynamically, artistically, and spirtually.

Why Urban Rivers? Because of all the rivers of the earth, urban rivers pose the most unique and daunting challenges for true restoration and revitalization - competing to flow against the demands of high density land use, local source water supply needs, open space constrictions, developed recreation (think football stadiums), public safety, diverse demographics, and the dynamic tension between private and public property owners.

With more than half of Americans living in cities and the growing international trend towards mega-cities, the stresses on our urban rivers will only continue to increase.

Just as importantly, YOU are an Urban Rivers Institute collaborator, too, for we count everyone who is working to save, restore and revitalize urban rivers among our friends.

The Arroyo Lover promises her return to timely blog postings. Watch for updates from this year's River Rally in Portland Oregon ~ musings from the Colorado River Tour ~ personal commentary from the Arroyo Seco, Los Angeles River...and beyond.

Visit http://www.urbanriversinstitute.com/ to learn more about our exciting new vision. Please join our mailing list to keep abreast of our efforts and your possible participation in our upcoming River School, workshops and webinars.
Posted by ArroyoLover at 9:08 AM No comments: Links to this post 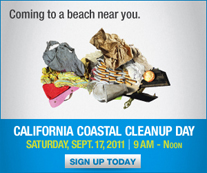 Arroyo Lovers will find lots to do this September weekend!

First, join the 'Stream Team' of the Arroyo Seco Foundation as volunteers celebrate 'Coastal Clean-up Day' with trash removal at the Confluence of the Arroyo Seco and the Los Angeles Rivers, beginning at 9am on Saturday, September 17th. The Confluence is labelled as a 'code red' area because of the high level of trash build-up there, so this is a very important river cleanup! Park in the Home Depot parking lot at Figueroa Street and San Fernando Road. Then walk about 100 yards east on San Fernando to the confluence entrance. Wear long pants, socks, closed toed shoes that can get wet, sunscreen, and a hat. Gloves and trash bags will be provided. This is a zero waste event so bring water in a reusable container. 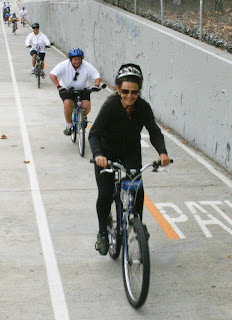 The fun continues on Sunday, September 18th with the Second 'Tour de Arroyo' bicycle ride from Pasadena to the Cornfields/Los Angeles Historic State Park just north of Downtown Los Angeles. Bicyclists of all ages will rally at 8:30am at Memorial Park in Pasadena for an easy 12-mile 'cruise' on surface streets and the in-channel bicycle path southward, in support and celebration of the upcoming construction of the first phase of the Arroyo Seco Bike Way. Cyclists have the option to join up with other riders at the Cornfields for the Southern California Cyclocross following the ride or group dining in Chinatown or a 'sag wagon' ride back up the Arroyo Seco to Pasadena on the Gold Line. This is a family-friendly event and children are welcome.

For more information and to register for these and other Arroyo Seco fall events, visit http://www.arroyoseco.org/.
Posted by ArroyoLover at 12:28 PM No comments: Links to this post 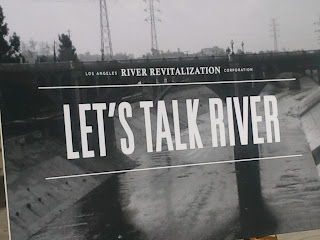 More than 200 guests gathered on the afternoon of September 11th to help 'kick-off' the newly launched Los Angeles River Revitalization Corporation on the patio of Atwater Crossing near the Los Angeles River.

Sunday's event drew quite the 'Who's Who' of Los Angeles 'riverly' people. While guests mingled and noshed, facilitator Ron Milam  got the 'riverly' energy going with his LA River wall mural where everyone was encouraged to draw their 'dream project' for the LA River. 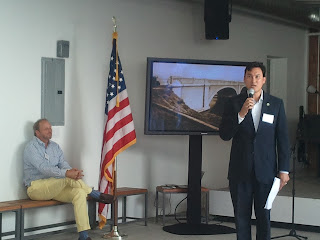 Omar, who has extensive experience in start-up organizations, spoke of how he's 'come home' to LA to help move LA River revitalization forward.

In the short few months since Omar's hiring in January 2011, LARRC has launched their website, moved to offices at the LA River Center, and hired two additional staff members to work on fund-raising and office operations. 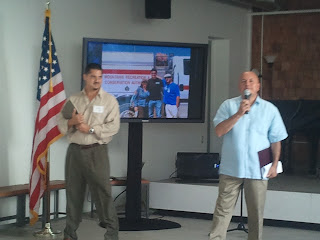 The highlight of the day's event was the presentation by LARRC Board Chairman Daniel Tellalian of the first 'Changing the Course of LA' Award to Los Angeles City Council Member and River Champion Ed Reyes. The award, a beautiful bas relief of a blue heron rising from the River, was a commissioned work created by Los Angeles artist Steve Appleton.

During his remarks, award recipient Reyes spoke passionately about his vision for the LA River, forged by more than a decade of river revitalization advocacy within the City, and spoke how immediate attention on river corridor revitalization would bring much needed new jobs to the City of Los Angeles.

ArroyoLover
An explorer who lives along Southern California's Arroyo Seco canyon stream. A CalPoly Pomona Urban Planning Professor and Environmental Planning/Land Use Consultant. A watershed expert who is working to restore America, one river at a time. A Green Realtor who provides professional services in Pasadena, Altadena, and Northeast Los Angeles communities: 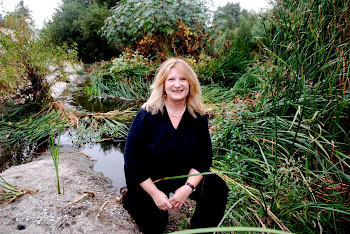